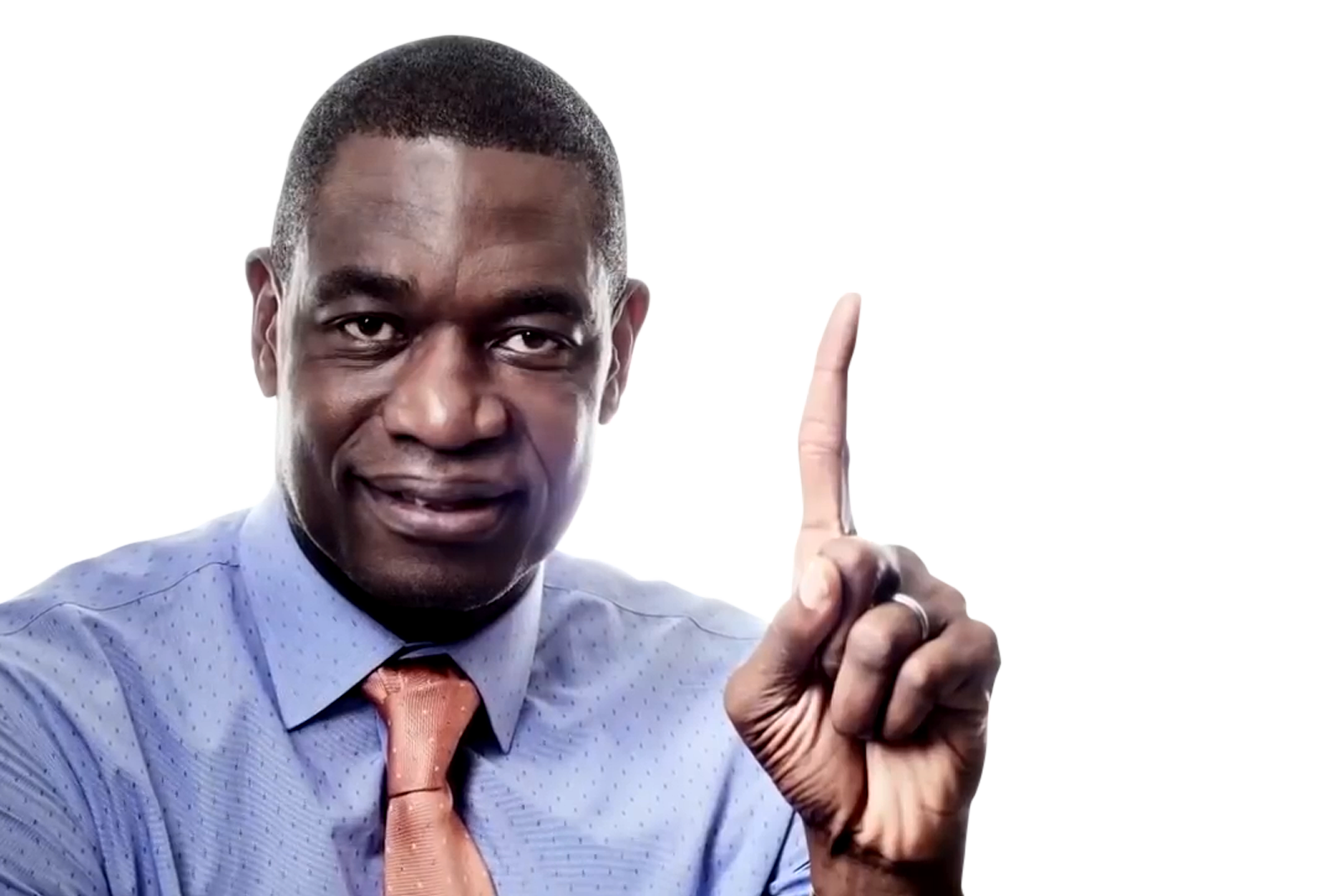 A Legend: your business asset

NBA Hall of Famer DIKEMBE MUTOMBO was born in the capital city of Kinshasa in the Democratic Republic of the Congo. Mutombo is the seventh of ten children born to the late Samuel and Biamba Marie Mutombo. He arrived in the United States in 1987 on an academic scholarship to attend Georgetown University in Washington, D.C. In his second year, legendary basketball coach John Thompson invited the 7'2" Mutombo to try out for the university's renowned basketball team. After joining the team, Mutombo re-directed his pre-med ambitions and graduated from Georgetown with dual degrees in Linguistics and Diplomacy. Mutombo is fluent in nine languages,including five African languages. He played professional basketball in the NBA for 18 years before retiring from the Houston Rockets in 2009.
Giving back has always been a trademark of Mutombo ever since he entered the NBA in 1991. As a former spokesman for CARE, the international relief agency, Mutombo visited the Somali refugee camps in Northern Kenya in 1993 and traveled with NBA Commissioner David Stern and Georgetown colleagues Patrick Ewing and Alonzo Mourning to Cape Town and Johannesburg.

In 1996, Mutombo paid for the Congo’s women’s basketball team’s trip to Atlanta for the Summer Olympics games and also picked up the tab for the track team’s uniforms and expenses. He is the first Youth Emissary for the United Nations Development Program (UNDP) and he also served on the Advisory Board for the Fogarty International Center at the National Institutes of Health.
Mutombo presently serves on the boards of the Centers for Disease Control (CDC), National Constitution Center, Special Olympics International and on the National Board for the U.S.Fund for UNICEF. He is also a member of the Concordia Leadership Council. Mutombo has been named ABC’s Person of the Week, Essence Magazine’s 2001 Achiever, and Sporting News’ No. 1 Good Guy. He has been featured in Europe’s TIME magazine, Sports Illustrated for Kids,the New York Times, the Philadelphia Inquirer, the Houston Chronicle and Forbes magazine.

In 2009, then NBA Commissioner David Stern appointed Mutomboto the newly created position of NBA Global Ambassador where he continues to work to grow and celebrate the game of basketball through international sporting events while working with NBA Cares to bring attention to important social issues.
Honors and Awards:
‍
Dikembe Mutombo is the Chairman and President of the Dikembe Mutombo Foundation which he created in 1997. Headquartered in Atlanta, Georgia the Foundation’s mission is to improve the health, education and quality of life for the people in the Democratic Republic of the Congo. One major project of his foundation was the construction of a new general hospital in the capital city of Kinshasa.  In December 2007 and at a cost of $29 million, the Biamba Marie Mutombo Hospital opened in the DR Congo. Named in memory of Mutombo’s beloved mother, the hospital has treated over 500,000 patients.
The Foundation’s next project is the construction of the Samuel Mutombo Institute of Science & Entrepreneurship in the city of Mbuji-Mayi (the ancestral village of Dikembe’s late parents). The new school is scheduled to open in September 2021.

Dikembe Mutombo and his wife Rose live in Atlanta, Georgia with their 3 children.

who we have worked with

At Cajary Captial, we combine our insights and skills to transform your business process and strategies, to supply you with the right contacts and connections to make sure that all aspects of your company function properly and efficiently. We’re proud to serve you.